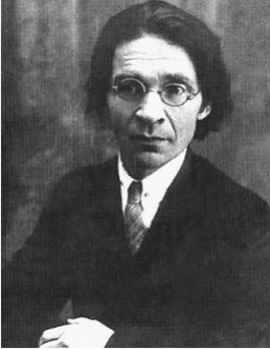 Vinogradov Georgy (1886—1945) – Doctor in Philology, folklorist, ethnographer, specialist in traditional beliefs of the people of Siberia. He was from a Siberian peasants family, and did not receive a formal education. He learnt at the comprehensive classes of the Irkutsk Ecclesiastic Seminary, but was quitted for his contacts with workers’ movement. Then, he studied at the High Teachers-Training Courses of the Fröbel Society in St. Petersburg, visited lectures by L. Sternberg, J. Czekanowski, and B. Petri on folk knowledges at the Museum of Anthropology and Ethnography of the Ac. of Sc. Since 1915, he taught and conducted ethnographic expeditions in the Eastern Trans-Baikalia, worked with the Chita Local Museum, the Russian Geographic Society; he published articles at the ‘Zhivaya starina’ (Alive Antiquity) Magazine. In 1920, he got a diploma by correspondence at the Historical and Philological Faculty of the Irkutsk State University. Two years earlier, he wrote a work on the life of sectarians in Siberia. In 1925, he got a position of Professor of the Irkutsk State University, and the Head of the Chair of Ethnography; there he made lectures on the ethnography of Russians in Siberia, and on Russian folk literature. In 1930, he moved to leningrad, where he worked with the Institute of Russian Literature (Pushkinsky Dom), made his research work on the ethnography of childhood, and on Russian folk culture. He put a special attention at the rites and games in culture, healing, and concepts of death and afterlife among the old settled Russian population of Siberia.