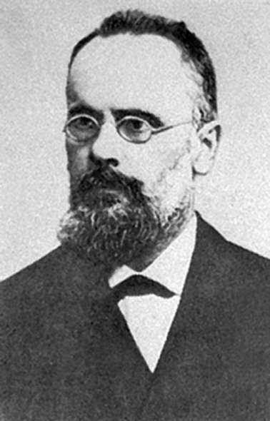 His main works were on the sources for the history of Early Christian Church. He graduated from the Moscow Spiritual Academy; he was disciple of A. P. Lebedev. In 1896, he defended his Master thesis ‘The Historical Destiny of the Composition of Apollinaris of Laodicea, with a Short Introductory Essay on His Life’ (Sergiev Posad, 1895); he reattributed some texts which had been assigned to Apollinaris of Laodicea before. He taught at the Moscow Spiritual Academy: at first, at the Chair of the New Civic History, where he made lectures in the medieval history; since 1895, he was transferred to the Chair of the General Ecclesiastic History.

He was Editor of the ‘Bogoslovsky vestnik’ (Theological Herald) (1898-1903). In 1907, he defended his Doctor thesis ‘The History of the Dogmatic Movement at the Epoch of the Ecumenical Councils (in the Context of Philosophical Conceptions of That Time). Vol. 1: The Trinitarian Question (The History of the Dogma of the Holy Trinity)’ (Sergiev Posad, 1906).