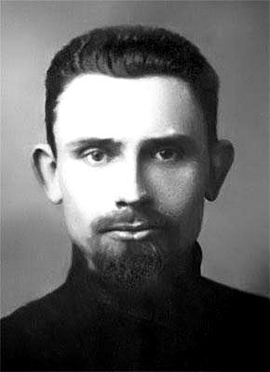 In 1917, he entered the Philosophical Department of the Historical and Philological Faculty of the Moscow State University. In 1918-1924, he worked as a school teacher. In 1924, he entered the Briusov High Literary-Artistic Institute. Soon, he transferred to the East Slavic Cycle of the Ethnographical Department of the Geographical Faculty of the Leningrad State University. In 1929, not finishing the course, he went to work at the State Academy of the History of Material Culture as Researcher of the 2nd rank (in ethnography). In 1932, he started to work at the Museum of the History of Religion on the invitation of its first Direcor V. G. Bogoraz. He was Secretary of the Section of Studying Religious Beliefs of the Peoples of the U.S.S.R., under the leadership of N. M. Matorin. In parallel, he taught the history of religion of the peoples of the U.S.S.R. at the Leningrad Institute of Philosophy, Literature and History, and at the Krupskaya Leningrad Teachers-Training University.

On August 26, 1936, he was arrested in the frames of the affair of the ‘counter-revolutionary group of N. M. Matorin’. He was sentenced to the encampment. He got freedom under the conditions in 1944; rehabilitated on May 7th, 1955. In 1958, he returned from Inta (Komi A.S.S.R.) to Leningrad, and kept his research activity in the field of ethnography and history of religion. In his last years he worked as consultant at the Museum of the History of Religion. He described iconography of the icons of the Museum and made lectures on Christian iconography, and Old Calendar.