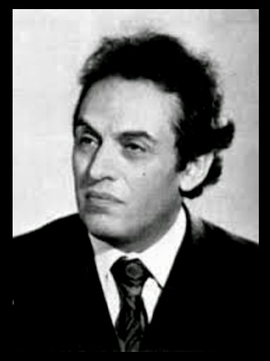 In 1937, he entered the Historical Faculty of the Moscow State University, and a year after – to the Literary Institute (poetic seminar of Ilya Sel’vinsky).

He was mobilized with the start of WWII, passed thought training at the Tula Armament-Technical School; since March 1943, he was at the Volkhov, Leningrad, and the First Ukrainian Fronts. He finished the war in Germany, was wounded; he was awarded with the Order of Red Banner.

After the war, he studied at the post-graduate courses of the Moscow State University; in 1950, he defended his Candidate thesis on the class of Riders in the period of crisis and fall of the Roman Republic. Ministry of Education of the R.S.F.S.R. sent him to the Penza State Teachers-Training Institute; since 1950 – Senior Teacher, since 1953 – Docent.

In 1957, he started to work at the Voronezh State University at the initiative of famous Orientalist I. M. Borozdin, who headed the Chair of the World History of the Voronezh State University in 1949-1959. In Voronezh N. soon headed the newly founded Chair of the Ancient History and Ancient Languages, defended his Doctor’s thesis in the most ancient period of the history of Rome (1965); in 1977, he returned to Moscow.

He composed many school manuals and reading books on the history of Ancient Greece and Rome, as well as a number of books about mythological systems of the Ancient World. There are still actual research works by N. on the religion of Etruscans and the most ancient layers of the Roman mythical-epic tradition, the origin of historical studies in its connection with mythology and so on. He published several articles on the New Testament (Jesus of the Gospel as a Man and a Prophet // Voprosy istorii. 1990, No 4, pp. 112‒132; John the Baptist // Voprosy istorii. 1993, No 9, pp. 59‒72). Together with V. I. Ukolova, N. Published materials about the biography of B. М. Zubakin, and about the religious mystical movement of 1920-s - 1930-s.