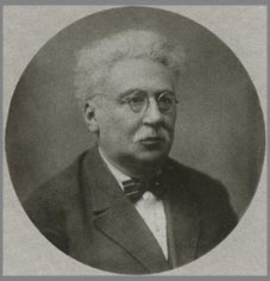 Lozinsky Samuel (1895–1945) – historian medievalist, specialist in the history of the Papacy and Catholicism.

In 1895, after a gymnasium in Slutsk, he enrolled to the Kievan University, where his supervisor was Prof. I. V. Luchitsky. He participated in the revolutionary movement, was arrested, and later stayed under the police surveillance. In 1895-1897, he visited lectures at the University of Berlin. In 1899, he kept his studying in Brussels and Paris; in 1904, he graduated from the High School of Social Studies in Paris.

Pogroms of Jews in 1905-1907 stimulated him to study the Hebrew history. In 1919-1926, he was Rector of the Hebrew University in Petrograd/Leningrad, where he made lectures on the History of European Jews in the Middle Ages and in the Modern Time; he was also Chairman of the Hebrew Historical and Ethnographical Society.

He worked with a number of publishing houses both before and after the Revolution 1917 (‘Atheist’, for instance). In 1912, he was sent by the Brockhaus and Ephrone Publishing House to Spain; the result was his work on the history of the Spanish Inquisition.

In 1917, he passed through the Master’s exams and got the degree of Assistant Docent of the Petrograd University. Since 1917, he taught in several high schools of the city. In 1921-1945, he was Professor of the Chair of the World History of the Leningrad Herzen Teachers-Training Institute. In December 1938, he was invited to the Museum of the History of Religion of the Sc. of Sc. of the U.S.S.R., as Head of the Department of Religion and Atheism in the West. In 1939, he wrote to the Director asking to free him from the exhibition work – to give him a chance to concentrate at the research work. At the same time, he kept his teaching. In 1941, he was evacuated to Kirov (Vyatka) as Professor the Herzen Teachers-Training Institute; there he made lectures at the local teachers-training institute. He died soon after his returning from the evacuation.