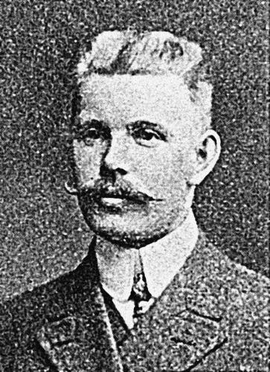 He was born in the vil. of Kuz’molovo (Finn. Kuismala) of the St. Petersburg Gov.; he graduated from the Lutheran Seminary in the vil. of Small Kolpany (Kolpino); then he worked as school teacher. On October 23, 1928, he was elected for the Russian-Finnish Section of the Commission on Studying Tribal Consist of the Population of the U.S.S.R.; he became Deputy Chairman of the Leningrad Society of Researchers of Culture of Finno-Ugric Peoples. In 1928, in the vil. of Kuz’molovo, he gathered a collection of objects, including female hats ‘Khuntu’, and gifted it to the Ethnographical Department of the State Russian Museum (coll. 4762, No 7). In 1927, 1929, and 1931, he participated in expeditions for studying language and culture of Finno-Ugric Peoples (Votes, Izhora, Finns, etc.). who lived on the Karelia Isthmus, including Kotelskaya Volost’, Kuivazovsky and Pargolovsky Districts of the Leningrad Region. In the spring of 1931, he worked at the Izhora expedition, headed by V. S. Dubov. In 1930-s, he worked at several industrial plants.