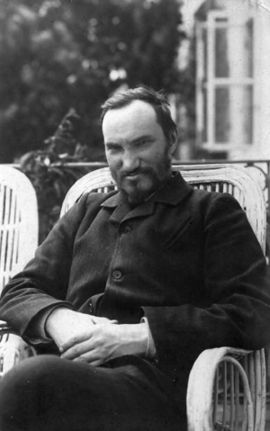 In 1896, he graduated from the Historical and Philosophical Faculty of the Moscow University; since 1900, he was Ass. Docent at the Chair of World History. In 1904, he defended his Doctor thesis ‘Lamennais and the Newest Catholicism’. He was at the roots of the shaping of the Constitutional Democratic Party; since 1905 – in its Central Committee. Deputy of the I State Duma. In 1906, K. Participated in the foundation of the Masonic lodge ‘Restoration’ in Moscow. Having passed through exams of the Legal Faculty of the Moscow University (by correspondence), in 1907, he defended his Master thesis in Jurisprudence ‘Constitutional State: Experience in Political and Morphological Review’; and in 1909 – his Doctor thesis ‘Legal State and Foreign Policy’. In 1908-1917, he was Ass. Docent at the Gerie’s Courses, made lectures on the French history and the history of international relations. After the February Revolution 1917, he was Commissioner of the Temporary Government on Alien Confessions; he was a member of the League for Russian Culture. Since July 1917, he was Deputy Ober Procurator of the Synod and Seputy Minister on Confessional Matters.

In 1920, he was arrested for a short period. Then he worked as Legal Consulter at the Narkomat of Justice, and at the Institute of Soviet Law. He was arrested in April 1938, sentenced to death. Rehabilitated.