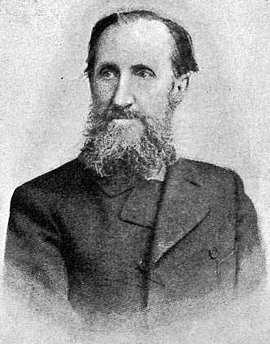 Gerie Vladimir (1837–1919) – historian and philosopher, Correspondent Member of the Ac. Of Sc. (1902), member of the Society of Russian History and Antiquities, Russian Historical Society in St. Petersburg, Chairman of the Historical Societies at the Moscow University. He studied philosophy of history, mythology, literature, and history of religion.

In 1854, he entered the Historical and Philological Faculty of the Moscow University; there he met historian T. N. Granovsky. In 1862, he defended his Master thesis ‘Fighting for the Polish Throne in 1733’; and in 1868 – Doctor thesis ‘Leibnitz and His Age’. In 1870-s, he was Professor of the Moscow University, at the Chair of World History. He was founder of the High Female Courses in Moscow, and the Historical Society at the Moscow University – among its members were such leading historians as S. N. Trubetskoy, V. O. Kliuchevsky, S. M. Soloviev. In 1911, G. got the rank of Privy Council. Before it, he was Chairman of the Moscow City Duma, after – Member of the State Council. He actively supported P. A. Stolypin in his reforms. He was buried at the Pyatnitskoe Cemetery in Moscow.

In the sphere of his interests not only philosophy of history was, but also he made lectures on the history of the Reformation and put there a problem of the role of Catholicism in the European history. He had a special interest in the development of the idea of theocracy in medieval history; he interpreted Catholicism as a ‘creative uniting force’ in the medieval history and its formative factor. In a number of his works, G. gave general characteristic to the role and meaning of medieval monasticism. His studies of monastic orders provided the foundation of the conception of the creative opposition of the City of Heavens and the City of Earth through all the history of the Middle Ages. He associated monks with the City of Heavens, as if they were an embodiment of the dream of ‘the initial paradise purity’, of the creation if ‘the Kingdom of God on the Earth’. He idealized the monasticism, taking it out of the social context, and described its history as ‘attempts to implement of the ascetic ideal in its possible perfection’.