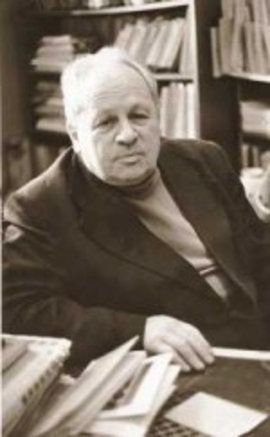 He learnt at a real school in Vilno and than at the Kievan St Vladimir University. He was excluded for his participation in students protests in 1902. In 1902-1911, he studied in Germany (Universities of Leipzig, Berlin, Gottingen, Konigsberg). In 1911, he defended his Doctor thesis ‘Research on relation of poems, ascribed to Umayah ibn abi as-Saltu, to Quran’ in Konigsberg’. He was interested in Egyptology and studied it in Germany till 1914. During the WWI he served in army.

From 1918 till 1921, he made lectures in the history of Ancient East at the Irkutsk University (Prof. since 1919). In 1921-1923, he headed the Chair of Ancient East at the Moscow University. In 1922-1923, he made lectures in the history of Jews of the Biblical period at the Institute of High Hebrew Knowledge. Since 1923, he was Researcher of the Russian Academy of the History of Material Culture and at the Japhetic Institute of the Ac. of Sc. (since 1931 — Institute of language and Thought), in the mid-1930-s – Head of the Cabinet of Semitic and Hamitic Languages and the Cabinet of Oral Literature of the Primordial Society at that institute. Since 1930, he headed the Chair of the History of Oriental Religions at the Leningrad Historical and Linguistic Institute (since 1932 – Leningrad Institute of History, Philosophy, Literature and Linguistic). Since 1933, he made the initial courses of Old Hebrew and the course of Biblical Studies, History of Old Hebrew Literature, and History of Religion at the Chair of Semitic and Hamitic Philology of the Leningrad State University. Doctor in Philology (1934) without a defense.

In 1920-s 0 1930-s, he worked in collaboration with N. Ya. Marr and О. М. Freidenberg, published articles in ‘Japhetic Collections of Articles’ (Yafeticheskyi sbornik), took part in the collective work ‘Tristan and Isolde’ (1932). He was elected as Chairman of the Moscow Branch of the Bureau of the Union of Egyptologists at the All-Russian Research Association of Oriental Studies.

He died in an accident.

By the mid-1920-s, F. was under the influence of the Japhetic theory of N. Ya. Marr. He worked out research approaches to the system of archaic philology in the sense of E. Cassirer and L. Levy-Bruhl, and supposed that pre-logical thinking was the basement of mythological conceptions.