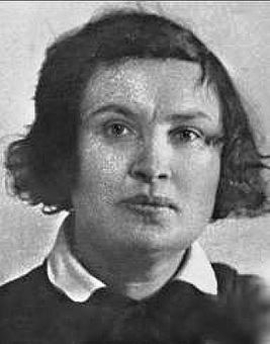 In 1920, she enrolled to the Leningrad Teachers-Training Institute, then transferred to the Ethnographic Faculty of the State Geographical Institute (in 1925, it became a faculty of the Leningrad State University). She studied ethnography under the supervision of L. Ya. Sternberg and V. G. Bogoraz. In 1935, D. defended her Candidate thesis ‘World Views, religious conceptions and form of cult of Turkish hunting and cattle breeding tribes of Turko-Mongolian Peoples’; she worked as Docent at the Department of Ethnography of the Leningrad State University. Later she got a position of Senior Researcher at the Museum of Anthropology and Ethnography. She wrote about traditional world conceptions of the peoples of Altai, on Shamanism; she collected folklore texts. She worked in expeditions as early as in her student’s years, and she put a special attention to such field activity. In 1924-1932 only, she made six expeditions: three of them to the Mountainous Shoria, then to Altai, Khakassia, and Kyrgyz Republic. She died in the Blockade Leningrad.