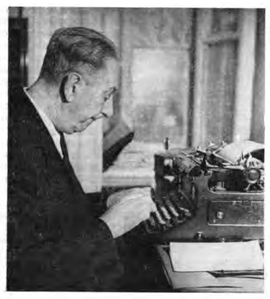 He served in the Red Army in 1918 – 1920. In 1922, he graduated from the Moscow Institute of Oriental Studies. Since 1924, he has taught at the same institute; he made lectures in ancient, medieval and modern history of Arabs. From 1945 till 1955, he was the Head of the Chair of History and Economics of the countries of Near and Middle East at the Moscow Institute of Oriental Studies. He also taught at the Military Institute of Foreign Languages, and at the High Diplomatic School of the Ministry of Foreign Affairs of the U.S.S.R. In 1954-1957, he visited countries of Western Europe; for instance, he was in Cambridge and Munich.  He published about 150 works, and edited about 30 books.