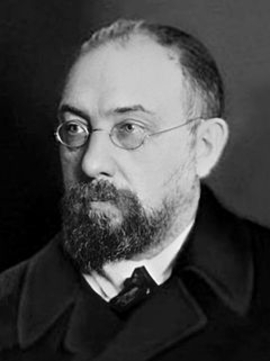 Bonch-Bruevich Vladimir (1873–1955) – state and social person, historian; in 1917–1920 – manager of Sovnarkom, later dedicated himself to research work. He headed the Sector of the History of Religion and Atheism at the Institute of History of the Ac. of Sc. of the U.S.S.R. (1947-1955), at the same time he worked at different other positions, for instance – Director of the Museum of the History of Religion of the Ac. of Sc. of the U.S.S.R. (1946-1955). In 1884-1889, he studied at the Moscow Land-Surveying Institute; for the participation in students’ protests he was excluded and exiled to Kursk under police surveillance; there he finished his course at the land-surveying trade school. In 1892, B. returned to Moscow. Since 1895, he participated in the activity of Social-Democrats, later entered into the Moscow Workers’ Union. In 1896, went to emigration to Switzerland, organizes the delivery of revolutionary publications and printing equipment to Russia. After the acquaintance with V. I. Lenin, B. started active cooperation with ‘Iskra’, the Bolshevik newspaper. He studied the life and beliefs of various sects because he considered a possibility to disseminate ‘Iskra’ among Sectarians. In 1909, he published psalms of the sect of Dukhobory, gathered by him in Canada. In 1903–1905, he headed the expedition department of the Central Committee of the RSDRP in Geneva; he was one of the founders of the archive of the Central Committee. In 1905, he returned to Russia and worked at the ‘Novaya Zhizn’ Newspaper.

After Lenin’s death, B. turned to research work. He wrote about the history of revolutionary movements in Russia, the history of religion and atheism, sectarianism, ethnography and Russian literature. He initiated the foundation of the State Literary Museum in Moscow and become its first Director (1933–1945). In 1945–1955, he was Director of the Museum of the History of Religion of the Ac. of Sc. of the U.S.S.R. in Leningrad.