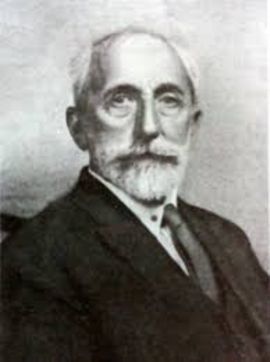 In 1889, he graduated from the Military Medical Academy in St. Petersburg; then, he was medical doctor in ‘Zemstvo’ of the Tver province; from 1894, he worked in various hospitals. In 1898, he became Doctor of Medicine, having defended his thesis ‘On Changes in the Size and Structure of Pancreatic Cells under Certain Types of Starvation’. In March 1901, Ya. was expelled from St. Petersburg for participating in a political demonstration, after which he worked for two years in Paris, at the Pasteur Institute, under the leadership of Ilya Mechnikov. In 1903, Ya. returned to Russia and became a professor at Yuryevsky (Tartu) University. He was one of the first Russian physicians to study psychosomatics, proposed the method of aretherapy (from the Latin arête, i.e. ‘virtue’), described in detail in his 1908 work ‘Idealism as a Physiological Factor’, in which Ya. considered the relationship of emotional experiences and physiological processes in organism. He was fond of literature, his journalistic works were published in a number of magazines. After the Revolution 1917, he taught at the Crimean University, and, since 1924, at the Moscow Regional Clinical Institute, with other employees of which during the Second World War he was evacuated to Samarkand, where he died.

In 1915, his ‘The Value of Religion from the Biological Point of View’ was published, which can be considered the first generalizing work on the psychology of religion written in Russian.