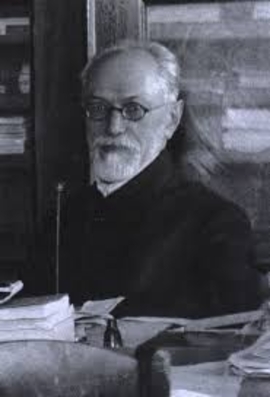 He was born in Moscow. After graduating from gymnasium (VI gymnasium in St. Petersburg), he entered the Law Faculty of the St. Petersburg University (1890-1894). During his studies he attended lectures at the Faculty of History and Philology. He was interested in general history and philosophy, studied Old Icelandic language and medieval Icelandic legislation under the supervision of Professor F.A. Braun, and under the supervision of Professor A.I. Vvedensky he was engaged in the translation of R. Falkenberg's ‘History of New Philosophy’ (W. translated the sections ‘Politics and Philosophy of Law’, ‘Fichte’, and ‘Hegel’). Master thesis ‘Law and Jurisdiction in the Philosophy of Hobbes’ (1900). Major works on the history of philosophy of law in Byzantium and Russia (11th – 19th centuries). With his works in the field of Byzantine studies and Old Russian thought, W. made a significant contribution to the study of the history of the Church-State relations.

Since 1900, Assistant Professor at the St. Petersburg University (courses on the history of political doctrines, the history of philosophy and law, the history of state ideas in Russia). He taught at various educational institutions. He collaborated with the magazine ‘Voprosy filosofii ii psykhologii’ (‘Issues of Philosophy and Psychology’; 1894 - 1906). After 1917, he was in charge of the university archives (1918–1924), he taught until 1921. From 1924 to 1928, he held various positions in the Library of the Academy of Sciences; in 1928, he was arrested in the frames of the so-called ‘academic case’. In 1930, he resumed his work at the Academy of Sciences, he worked in the Library of the Academy of Sciences, in the Pushkin House and the Institute of History, participated in the work of academic commissions. He died in Leningrad in 1940.