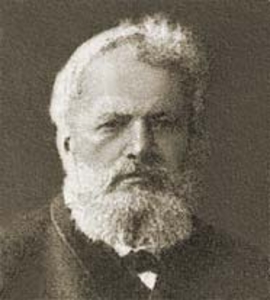 He graduated from the Oriental Department of the Philological Faculty of the Kazan’ University, specializing in Mongolian language and culture under the supervision of Professor G. M. Kovalevsky. After it he received an invitation to travel to Bejing with the Russian Ecclesiastic Mission to learn local languages. In 1837, he defended his Candidate thesis ‘A Spirit of the Buddhist Composition Khutukhtu Dekgedu Altan Gereltu Sudur-nogodun Erketu Khagan’ on the ‘Golden Light Sutra’ – quite popular in the Buddhism of Mahayana. In 1839, he defended his Master thesis ‘On the Basic Principles of the Buddhist Philosophy’ and became the first Master in Mongolian literature in Russia. In 1840-s – 1850-s, he lived in Bejing at the Russian Ecclesiastic Mission; there he learnt Tibetan, Chinese languages and Sanskrit, collected data on the history, geography, and culture of the peoples of China and the East Asia, studied Buddhism in China, Tibet, and India; he translated all the Buddhist canon into Russian, as well as fragments from the great amount of Chinese and Tibetan books of dogmatic, philosophical, and historical content (many o them later were lost).

Having returned to Russia, he got a position of Professor at the Chair of Chinese and Manchurian Literature at the Kazan’ University. Since 1852, he was Actual Member of the Russian Geographical Society; since 1857 – Member of the Russian Archeological Society; in 1862-1868, he served as interpreter (dragoman) of the VI and V ranks at the Asian Department of the Ministry of Foreign Affairs. In 1855, because of the reform of the Department of Oriental languages at the St. Petersburg University into the Oriental Faculty, he was invited there as Professor. In 1863, he defended his Doctor thesis ‘Information of Manchurians in the times of the Yuan and Ming Dynasties’. In 1878-1893, he was Dean of the Oriental Faculty. In 1866, for his outstanding and world-known achievements, he was elected for Correspondent Member of the Russian Ac. of Sc.; and in 1886 – Academician.

During his stay in Bejing, V. created his multi-volumed work ‘Buddhism, Its History, Dogmas, and Literature’; when he returned to Russia, only the two parts were published: ‘General Survey’ and ‘The History of Buddhism in India’. Among the most important works on the history of religion, which were written in St. Petersburg, there were: ‘Religions of the East: Confucianism, Buddhism, and Taoism’ and the non-published ‘Commentaries to Mahaviutpatty – alias – Lexicon of Buddhist Concepts’, which included explanations for 9565 Buddhist concepts; and another non-published work ‘The History of Buddhism in Tibet’.

The role of V. in Russian studies of Buddhism was based on the fact that he was the first who set a task to work out the categorical apparatus for the description of Buddhist spiritual experience, and of a thorough selection of concepts from European languages. For the first time in Russian Buddhist studies, he made an attempt of systematical narration on the history of Buddhism and its principles and evolution; and he did it on the base of a vast assortment of canonic and exegetic texts in Chinese and Tibetan languages.