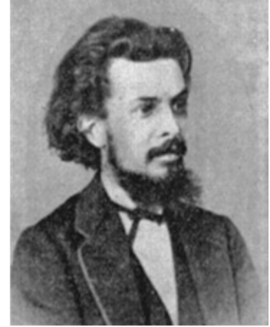 In 1867, after a gymnasium in Kishinev, he enrolled at the St. Petersburg Technological Institute. In 1867, he was arrested for composing and distribution of political leaflets and spent a year in prison. In 1878, he was arrested again as one of the leaders of the revolutionary group ‘Land and Feedom’ (Zemlya i Volya), spent two years in the St Peter and Paul Fortress. In 1880, he was sentenced to ten years of hard labours of the Kariiskay katorga (north of Siberia) in the frame of the affair of a murder of gendarme chef Mezentsev in St. Petersburg. In 1887, he was sent to exile to the Third Zhekhsogon nasleg (Yakutian settlement) of the Botursky ulus (local district; now – village of Cherkekh in Yakutia).

In that ulus T. taught Yakuts to read and write, to the crafts of carpenter and smith; also he learnt Yakutian language and studied local national culture and common day life. He composed a program of studying pre-Christians beliefs of Yakuts and distributed it among other exiles; later he published it.

He edited an illegal magazine ‘Ulusnyi sbornik’ and published articles of political exiles, including N. A. Vitashevsky, V. M. Ionov, E. C. Pekarsky, and others. He wrote several informative studies on Yakutian culture – they were published mainly after the dear of T. by his comrade E. C. Pekarsky.

For the history of religion the most important work by T. was ‘Evolution of the Black Faith (Shamanism) of Yakuts’ (1895).