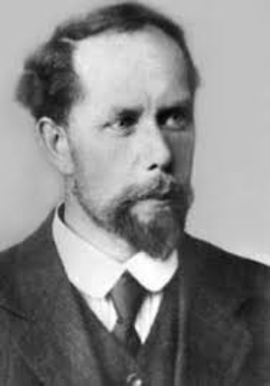 He studied at the St. Petersburg University, and at the Military Medical Academy. In 1893, he participated in the revolutionary workers’ movement; he was a member of the Union of Struggle for the Liberation of the Working Class. In 1896, he was arrested; in 1897, he got freedom and went abroad. He was a member of the group ‘Liberation of Labour’, participated at the II Congress of the R.S.D.W.P. in London.

In Brussels he visited lectures on sociology by Prof. M. M. Kovalevsky. Under his influence, and that one of P. L. Lavrov, a colleague and friend of his father, T. got his interest in the history of the early forms of social organization, started to study ethnography and primordial religion on the base of museum artifacts and contemporary anthropological works. The results of that studies he gathered in his book ‘Primordial Society: An Attempt of Studying the Evolution of Early Forms of the Society on the Base of Research in the Life of Australian Tribes’ written in the Positivist method with an introduction by M. M. Kovalevsky. It was published in St. Petersburg in 1903, and by 1912 was republished four times.

He did not write more on the primordial religion, because concentrated on sociological studies, worked out new methodic approaches; he interpreted sociology as a wholesome theory uniting all social studies. In 1903, he taught genetic sociology at the Russian High School of Social Studies in Paris; in 1907 – at the St. Petersburg the Psycho-Neurological University; and in 1911 – at the High Courses of P. F. Lesgaft; in 1917-1924 – at the Petrograd University. In 1924, he moved to Moscow, where, on the invitation of D. B. Ryazanov, he became Curator at the Institute of K. Marx and F. Engels.