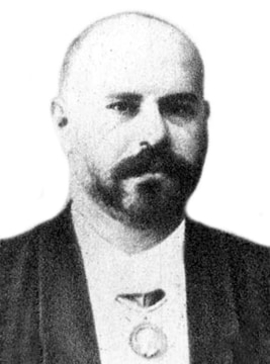 For his work ‘The Church of Constantinople in the Nineteenth Century. An Attempt of Historical Research’ (1904) he got the degree of Doctor of Ecclesiastic History (Prize of Metropolitan Macarius, 1906). From 1904 to 1918, Ordinary Professor at the St. Petersburg Theological Academy. Since 1919, Professor of the Department of Byzantine Studies, Kiev University. In 1927, he was a teacher of Modern Greek language at the Leningrad Oriental Institute.

Headed the Bibliography Department of the ‘Vizantiisky vremennik’ Magazine (1895-1904); at the same time, he collaborated with the magazine ‘Strannik’ (‘Wanderer’; section ‘Church and Social Life in the Orthodox East’). Editor of the periodical ‘Messages of the Imperial Orthodox Palestine Society’ (since 1905), member of the Palestine Society; Editor of the ‘Tserkovny vestnik’ Magazine (Church Bulletin) (since 1911)

He was arrested in the case of the so-called. ‘Evlogievtsy’ in December 1933, sentenced to five years of exile. Died in exile in Ufa in 1939.