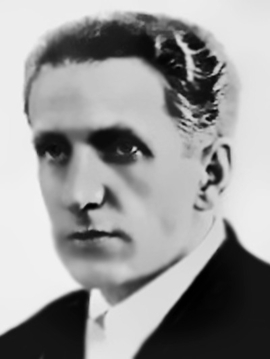 In 1921, from the Northern Trade Expedition, he was sent for studying Nenets.

In 1925-1928, he was Head of the school for Ostyak-Samoyeds at the trading station of Yanov Stan; in 1928-1930, on the order of the Committee of the North, he became Head of the local base at the Samoyedic station of Khoseda-Khard.

In 1933, at the expedition to Taimyr, he collected much materials on the Nganasan and Enets languages.

In the late 1920-s, he learnt the Selkup language perfectly; later he was able to write an essay on its grammar and to attract Selkup material for analyzing some issues of the origin and evolution of Samoyedic languages. In the result of many years of works, P. composed manuals and grammar books for practical learning the Samoyedic languages.

In 1938-1942, he was Senior Researcher and Head of the Cabinet of Siberia at the Institute of Ethnography of the Ac. of Sc. of the U.S.S.R.

In 1938-1943, he worked as teacher of ethnography of the peoples of Siberia and the Samoyedic languages at the Ethnographical Department of the Geographical Faculty of the Leningrad University.

Since 1929, he was Actual Member of the Geographical Society of the U.S.S.R.

He died in the Blockade of Leningrad in the January 1942.