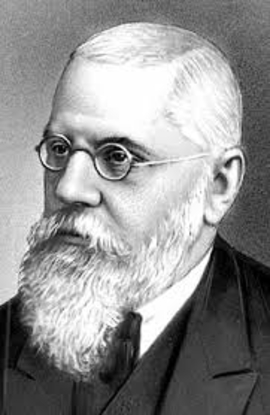 He was in the family of State Council; in 1891, he graduated from the Historical and Philological Faculty of the Moscow University. After it he stayed at the University to prepare himself for the Professor position – at two Chairs at once: that of Russian and World History. He participated in the December armed uprising in Moscow in 1905. In 1906, V. I. Lenin invited him to work at the ‘Proletary’ Newspaper. In October 1906, he participated in the election campaign for the State Duma II. He was also a delegate of the V (London) Congress of the R.S.D.W.P. (b) (1907), where he was elected for Candidate to Member of the Central Committee.

Since 1919, he was Professor of the Historical/ Social-Pedagogic Department of the Moscow University; in 1922-1925, he was Chairman of the Department of Foreign Relations. At the same time he was Professor of the Chair of History of the Nineteenth-Twentieth Centuries at the Faculty of Social Studies. In 1925-1926, he was Professor of the Faculty of Soviet Law. Chairman of the Presidium of the Association of Research Institute of Social Studies of the Moscow State University (1924-1925). He was a member of the Commission of Rotstein for the reform of the system of teaching social disciplines at the high schools of the R.S.F.S.R. He was one of the founders of the Institute of Red Professors in 1921. Till 1932, he took important positions: Deputy Commissioner on People Education of the R.S.F.S.R., Director of the Central Archive, President of the Society of Historians-Marxists.

Academician of the Ac. of Sc. since 1929. Awarded with the Order of Lenin.