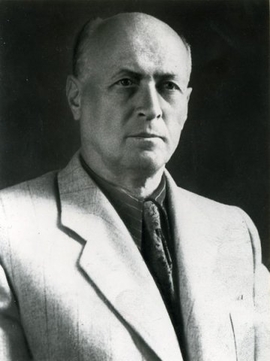 Since 1919, he was at the Party work. In 1924, he became Head of the State Central Publishing House of the peoples of the U.S.S.R. at the Presidium of All-Union Central Executive Committee. Since 1927, he worked at the State Central Museum of Ethnography (Moscow). In 1931-1957, he was Director of the research Institute of Anthropology, and at the Museum of Anthropology at the Moscow State University. In 1932-1937, he was Chief Editor of the “Anthropological Magazine’. Candidate in History (1932), Docent.

In 1931, he participated in the publication of the two-volumed work of the Museum of Ethnography: ‘Religious Beliefs of the Peoples of the U.S.S.R.’ (Edit. V. C. Nickolsky).