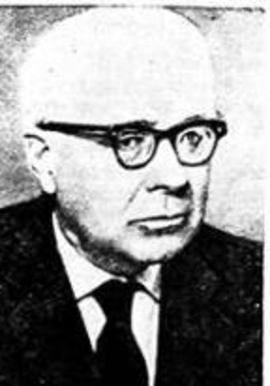 Petrushevsky Ilya (1898–1977) – Doctor in History, Professor, outstanding orientalist, specialist in the history of Central Asia, Iran, and Transcaucasia in the Middle Ages and Early Modern Time.

In 1926, he got a diploma and started to work at the Baku University, then at the Tbilisi University; in 1936, he moved to Leningrad. In various years he headed the Chair of the History of the Near East of the Oriental Faculty of the Leningrad State University, worked at the Leningrad Branch of the Institute of History of the Ac. of Sc. of the U.S.S.R., headed a group of Iranic studies at the Leningrad Branch of the Institute of Oriental Studies of the Ac. of Sc. of the U.S.S.R. Many years of studying feudal systems of the Near East and Central Asia shaped his interest for the history of Islam in medieval Iran. In 1966, he published his lecture course at the Oriental Faculty in the form of a book: ‘Islam in Iran in the Seventh — Fifteenth Centuries’; more than half of a century it is the only Russian academic manual for the history of shaping and dissemination of Shia Islam. It was written mainly for students-orientalists in the situation of the lack of manuals and research or popular books in Russia on that topic; the aim of the author was to give basic ideas of Islam in general, and of Shia. He gave a description of dogmas, law and practices of Islam, the origin of Quran and Hadith, the main movements of the early Islam. On the author’s opinion, “these general issues are necessary to understand the historical role of Islam on the territory of Iranian culture”. Tracing back the history of Islam in Iran up to the moment of the start of the Islamization of the country, and describing it to the victory of Shia Kyzyl Bash movement of Sefevids, P. came to the conclusion that Shia Islam “served as a form for numerous people’s and opposition movements”.