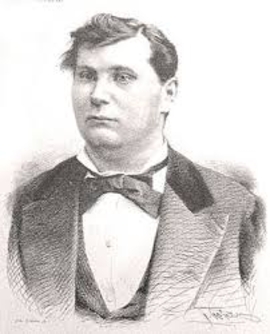 After a gymnasium in St. Petersburg, he entered the Historical and Philological Faculty of the St. Petersburg University (1860), after two years he was transferred to the similar faculty of the Kazan University, and graduated from it with golden medal (1865). His Candidate work was ‘Savonarola and Florence’ (published in the ‘Epoch’ Magazine, 1864). He stayed at the Kazan University and prepared his Master thesis ‘The History of Albigenses and Their Time” (1865‒18674 the work was published in 1869).

Since 1868, he has been Editor-in-Chief of the periodical ‘Uchenye zapinski’ of the Kazan University.

In 1878, he was elected for the Kazan City Duma; in 1879, he became an official representative of the Kazan local self-administration (zemstvo); and in 1880, of the Kazan Regional self-administration. He made a great input into the development of education, and culture of the Kazan Region. He participated in the foundation and work of people’s schools, in the organization of female education; he supported the opening of the Higher Female courses, and took part in the program of development of the Moscow-Kazan Railroad.

For the history of religion his works on the movement of Albigenses in France of the late 1490-s were of the most importance. His university courses of 1872-1895 (Kazan, lithography of I. Perov) show a broad specter of his academic erudition (the history of Ancient Rome, Middle Ages, Modern and Contemporary times).