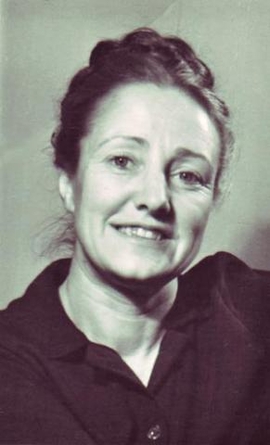 In 1938, after a secondary school in Leningrad, she entered the Historical faculty of the Leningrad State University. Since March 1942, she has been in evacuation in Yoshkar Ola. In 1944, she returned to the university. Graduating from it in 1947, she started to work at the Leningrad Branch of the Institute of the History of Material Culture of the Ac. of Sc. of the U.S.S.R. (1948‒1951).

Her Candidate thesis (1952) was ‘Monuments of Ceramic Epigraphic of Myrmekion and Tyritake, as a Source for Studying the Trade Contacts of the Bospoan Kingdom with Centers of the Black Sea in the Hellenistic Epoch’. Her Doctor thesis was ‘The Scythian Tale of Herodotus in Russian Historiography’ (1985).

In 1951‒1955, she was junior researcher at the Museum for the History of Religion and Atheism of the Ac. of Sc. of the U.S.S.R. Since 1955, she has worked at the Leningrad Branch of the Institute of History of the Ac. of Sc. of the U.S.S.R. She participated in some collective research works on the history of Northern Black Sea zone of the classic time, including: ‘Corpus of Bosporan Inscriptions’ (Moscow; Leningrad, 1965), ‘Peoples of Our Country in the ‘The History’ by Herodotus. Texts. Translation’ (Moscow, 1982).

The popular book ‘Seven Wonders of the World’ written by A. Neihardt together with I.A. Shishova, as well as a retelling of the book by N.A. Kuhn ‘Legends and Myths of Ancient Greece’ were used successfully in the school education; they were wide-known.