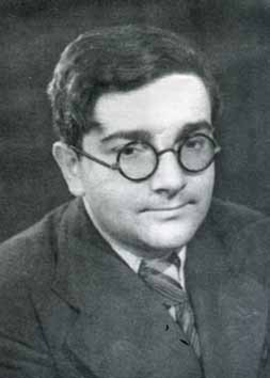 From 1937 to 1941 he studied at the Historicak Faculty of the Leningrad State University. In 1942, he defended his Ph.D. thesis on the history of Russian-English relations in the epoch of Ivan the Terrible at the Tomsk State University. From 1942 to 1945, he taught at various universities, mainly provincial ones. In 1945-1949, Lecturer at the Leningrad Pedagogical Institute named after A.I. Herzen. In 1949, he was fired out during the campaign ‘against cosmopolitanism’. From 1953 to 1957, Junior Researcher at the Museum of the History of Religion and Atheism of the Academy of Sciences of the U.S.S.R. From 1957 to 1982, he worked at the Old Russian Literature Sector of the Institute of Russian Literature of the Academy of Sciences of the U.S.S.R. (Pushkin House). In 1962, he defended his Doctoral dissertation in Philology ‘Ideological Struggle in Russian Publicism of the Late Fifteenth – Early Sixteenth Centuries’.