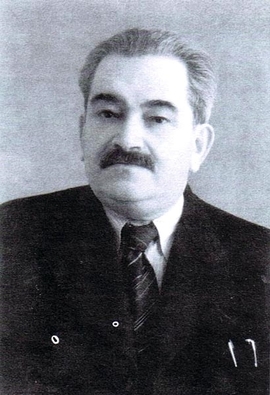 Since 1929, due to the abolition of teaching ancient history in the system of higher education, L. was dismissed from the university and, until 1934, taught Mathematics in secondary technical educational institutions of Leningrad. From 1932 to 1941, he served in various institutes of the Academy of Sciences of the U.S.S.R. (1932–1935, Senior Researcher at the Institute of History of Science and Technology; 1935–1939, Full Member of GAIMK; 1937–1941, employee of the Leningrad Branch of the Institute of History).

L. did not purposefully study the history of religion, but many of his works are of great importance for religious studies and philosophy of religion. First of all, these are his works on the history of Classical science, atomism and ancient social thought, including studies on Protagoras, Democritus, Aeschylus, Aristophanes, Euripides, Menander, as well as translations of ancient and modern European authors (Xenophon, Plutarch, F. Bacon). In the early period of his work, L. studied the ancient history of the Jewish people and was interested in the Biblical studies, having published several articles in the journal ‘Evreiskaya starina’ (Jewish Antiquity; 1924-1928) and in the collection of articles ‘Jewish Thought’ (1926), wrote a work on the history of anti-Semitism in the Classical world, in which he criticized the theory of economic explanation of anti-Semitism, and, considering this phenomenon historically unchanged, saw its cause in the so-called Substantialism, that is, in the characteristics of the people as it is, without its own territory and differed in their spiritual appearance from others.