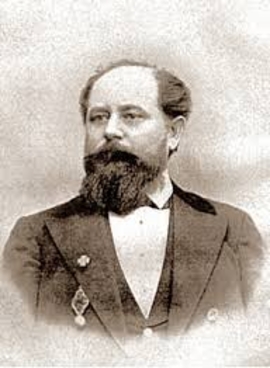 After graduating from the St. Petersburg Theological Academy in 1878, he was sent as a psalmist to the church of the Russian Embassy in New York.

Having got that degree in 1883, he became Professor of the Department of Comparative Theology of the St. Petersburg Theological Academy; two years later, he received the Department of Ancient History, which he held until his death.

He is known for his editorial and publishing activities: Editor-in-Chief of the magazines ‘Tserkovny vestnik’ (Church Bulletin; 1892), ‘Khristianskoe chtenie’ (Christian Reading; 1892), ‘Strannik’ (Pilgrim/Wanderer; 1893). As an appendix to the magazine ‘Strannik’, L. published his work ‘The Explanatory Bible, or Commentary on All the books of the Holy Scriptures of the Old and New Testaments’, as well as a series of theological and apologetic works, which was called ‘Christianity, Science, and Unbelief at the Dawn of the Twentieth Century’.

In 1886-1887, he translated from English and published a series of works by F.V. Farrar on the history of early Christianity: ‘The Life of Jesus Christ’, ‘The Life and Works of St. Apostle Paul’, and others, which were later reprinted many times; also he prepared and published in translation from Latin the works by Thomas of Kempis (St. Petersburg, 1900). He edited the first volumes of the complete collection of the Works by St. John Chrysostom (publ. in 1896-1904). He was a member of the Editorial Board of the ‘Orthodox Theological Encyclopedia’.

The main work by L. was ‘Biblical History in the Light of the Latest Research and Discoveries’ (St. Petersburg, 1889-1890).