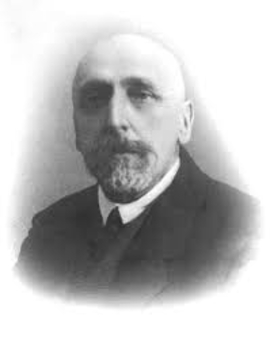 He was born in Moscow, studied at the Fourth Moscow Gymnasium; in 1894, he graduated from the Physics and Mathematics Faculty, and, in 1897, from the Medical Faculty of the Moscow University, after which he worked as medical doctor on the Northern Railway for a year, and then in a private psychiatric clinic. In 1901, he defended his thesis ‘Large Operations in the History of Surgery’; since 1902, Ass. Professor of the Department of the History of Medicine at the Moscow University. During the Russian-Japanese War and WWI, L. was involved in the organization and provision of psychiatric assistance to military personnel; after the Revolution 1917, he participated in the creation of a system of sanatoriums for the mentally ill, taught for a short time, then, worked as a psychiatrist. His research work during the Soviet period was overshadowed with the loss of the manuscript of the book ‘Psychology of Russian People’, on which he had worked for about 20 years, and which burned down in a fire in 1921.

Beside research on the history of Russian medicine, L. was interested in the psychology of religion, so, he studied prejudice and superstition (see his early work ‘Historical Outline of the Doctrine of Obsession’, published in the magazine ‘Review of Psychiatry, Neurology and Experimental Psychology’ in 1901) In 1913, two articles by L. on the psychology of religion were published in ‘Voprosy psykhiatrii i nevrologii’ (Questions of Psychiatry and Neurology): ‘Superstition in the Life and in the Clinic’ and ‘Suffering as a Source of Human beliefs’.

In 1917, L.'s work ‘Demon-Posession in the Modern Village’ was published, in which he described various ideas about demon possession and exorcism. Noteworthy, L. did not try so much to explain the disorders he described from a psychiatric point of view, but simply presented the outline of events, and pointed out the illiteracy of the peasant population as a reason for such believs. He was also deeply interested in primordial religion, that was quite in the spirit of the era. In 1928, in his article ‘New Approaches in Psychopathology’, he presented to Russian-speaking readers some concepts for interpretation of religious phenomena by Z. Freud, C.G. Jung, and L. Levy-Bruhl. In his last published work, ‘Medical Thinking of Primordial Man’ (1929), he kept examining contemporary Western approaches to primordial mentality.