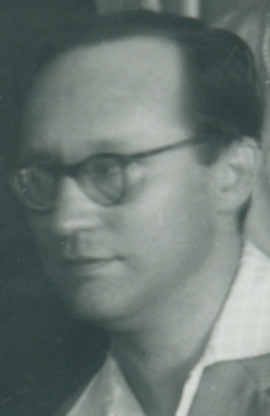 In 1941-1942, he was Comsomol leader of a military hospital. In 1942, he entered the Chair of Classic Philology of the Leningrad State University, which was located in the city of Saratov in evacuation. At the same time, he entered the Theoretical Composition Faculty of the Leningrad Conservatoire, which was also located also in Saratov, but his passion to philology happened to be stronger. In 1944, he moved to Leningrad, as a student of the university; he graduated from it in 1947. During his studies he started to work at museums: in 1943-1944, in Saratov - at the Museum of Fine Arts named after A.N. Radishchev; in 1945, in Leningrad, he started to work at the State Hermitage.

In 1957, he transferred to the Institute if Ethnography of the Ac. of Sc. of the U.S.S.R. (Leningrad Branch) as senior researcher. In 1962—1990, he was the Head of the sector, then the Department of America at that institute; since 1991, he has been the chief researcher of the Museum of Anthropology and Ethnography.

His Candidate thesis was ‘Political and Social Orientation of the Narration On the Life of Alexander the Great, Version A’ (1955); his Doctor thesis was ‘The Culture of Ancient Maya’ (1971). In 2000, he was awarded with the rank of Honored Scholar of the Russian Federation.

His main works were on the culture of aboriginal peoples of America, Ancient Maya first of all. He was also the author of several historical novels, for instance: ‘Warrior of Kirigua’ (Leningrad, 1976); ‘The End of the Holy Circle’ (Leningrad, 1988).