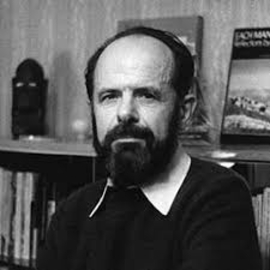 After graduating from school in 1941, he entered the Historical Faculty of the Moscow State Pedagogical Institute named after V.I. Lenin. Until 1943, he was in evacuation. In 1943-1945, after graduating from the Artillery School in Tomsk (1944), he went to the front, participating in the battle for Berlin; awarded with the Order of the Red Star. In 1945-1949, he taught at the Faculty of History of the Moscow State University, at the Department of the History of the U.S.S.R.

In the autumn 1949, he was arrested and charged with creating an anti-Soviet organization. By decision of the Special Meeting at the MGB, he was sentenced to 10 years in labor camp. Until August 1954, he was imprisoned in the GULAG (Kargopollag); released under amnesty; rehabilitated in August 1956.

In 1954, he was reinstated at the Moscow State University and moved to the Department of Ethnography. His diploma was based on the description of the collection of the Museum of Anthropology and Ethnography, gathered by A.L. Yashchenko in Australia in 1903.

In 1978, the Presidium of the Academy of Sciences awarded K. with the Prize of N.N. Miklouho-Maclay for the books ‘The Origin and Early History of the Aboriginal People of Australia’ (1969) and ‘Tasmanians and the Tasmanian Problem’ (1975).

Honorary Fellow of the Australian Institute for Aboriginal and Torres Strait Islander Studies.