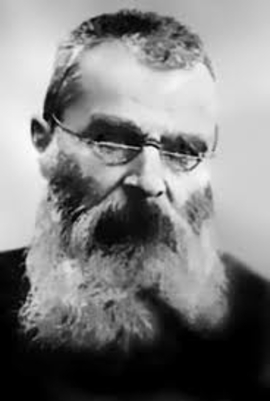 He was born in Astrakhan. After the gymnasium at Tsaritsyno, he entered the St. Petersburg Technological Institute, but in 1875, he was fired out for the political propaganda. In 1876, he was arrested; in 1877, he was sentenced to five years of forced labour for the revolutionary activity; I. spent them in the Novobelgorodsky Central Prison and later at the Nerchinsl Katorga (r. Kara). In 1883, he was transferred to the settlement in the Bayagantay Ukus in Yakutia, where he lived for six years, then he was sent to the Boturuss Ulus, from where in 1899, he went to Yakuts, on the permission of authorities.

He was Correspondent Member of the Imperial Society of the Connoisseurs of Natural Sciences, Anthropology, and Ethnography (1911), Member of the Imperial Russian Geographic Society (1911). In 1914, he was awarded with golden medal of the Russian Geographic Society for his participation in the Yakutian expedition and his work on the pre-Christian beliefs of Yakuts.

He worked together with E.C. Pekarsky on the ‘Dictionary of Yakutian Language’, making his input in the Turkish lexicography.