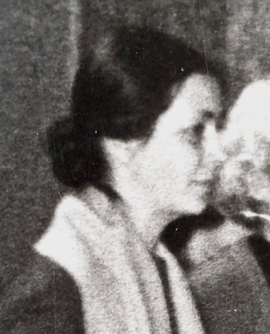 In 1938, she entered the Finnish-Ugric Department of the Chair of Ethnography of the Leningrad State University. Her studies were stopped in 1941, and she returned to them in 1944. In 1947, she graduated from the Oriental Faculty of the Leningrad State University, and entered the post-graduate courses of the Institute of Ethnography of the Ac. of Sc. of the U.S.S.R. (Leningrad Branch); supervisor L.P. Potapov. She graduated the post-graduate courses without the defense of her thesis in 1950.

She was the wife of historian and ethnographer specializing on the peoples of the Caucasus L.I. Lavrov.