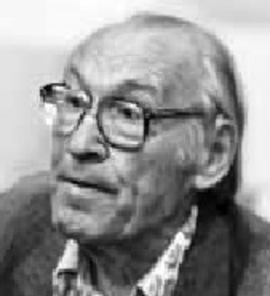 After a secondary school in the town of Druzhkovka, Donetsk Region (Ukraine), in 1948, he entered the Philosophical Faculty of the Leningrad State University. He got qualification of teacher of Marxist-Leninist philosophy; he made Candidate thesis under the supervision of Prof. V.P. Tugarinov, and started to work as a school teacher in Leningrad (1953-1957). In 1957, he started to work at the Chair of Philosophy at the Leningrad Sanitarian Hygienic Medical Institute, as Assistant, than Senior Teacher. He worked at the ‘Virgin Lands’ (in 1958, he was awarded with a medal for the participation in that Soviet agricultural project).

In 1956, he defended his Candidate thesis ‘Philosophical and Logical Views of A.I. Galich’ at the Leningrad State University.

His main professional interests were in the field of the history and the contemporary state of Orthodox Church.

He was the author of numerous manuals and popular educative booklets which were widely used in the atheistic propaganda. More than twenty years he headed the Research Methodical Council on Scientific Atheism at the Leningrad Branch of the Society ‘Znanie’ (Knowledge).