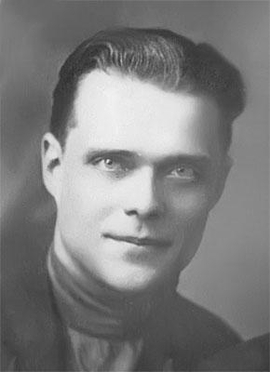 After gymnasium in Samara, he enrolled to the Historical Department of the Samara University. In 1921, he went to the Moscow University and later to the Faculty of Social Studies of the Petrograd University, the Department of Linguistic and Literature. In 1924, he got there a position of researcher of the 2nd category, than he entered the post-graduate course of the Research Institute of Comparative History of Literatures and Languages of West and East, at the Leningrad State University.

In 1928, he defended his Candidate thesis ‘Ancient Egyptian Tales about Wizards and Their Historical and Religious Meaning’ (the degree was given him in 1934 only). His supervisor was P. K. Kokovtsev.

In 1929-1931, he was Assistant at the Chair of Ancient East of the Leningrad State University. In December 1929, he was invited by V. G. Bogoraz to shape the Anti-Religious exhibition in the Hermitage. In 1932, he got a position of Senior Researcher, than Deputy Director, and in 1939-1945 – Director of the Museum of the History of Religion of the Ac/ of Sc/ of the U.S.S.R.

In 1938, he defended his Doctor thesis ‘Fetishism and the Problem of the Origin of Religions’ (the degree he got in 1942). At the same period he made lectures in religion and atheism, and also in dialectic materialism at various high schools of Leningrad: Institute of Mechanization of Socialist Agriculture, Herzen Teachers-Training Institute, Communist Institute of Political Enlightening named after N. C. Krupskaya, Antireligious University.

He was a member of editorial boards of such magazines as ‘Issues of Philosophy’, ‘Issues of the History of World Culture’, ‘Vestnik of the Ac. of Sc. of the U.S.S.R.’, ‘Communist’, etc.

In 1958 – Correspondent Member of the Ac. of Sc. of the U.S.S.R., Department of Economical, Philosophical and Legal Studies; 1964 – Academician, Department of Philosophy and Law. Communist since 1940; Candidate to the members of the Central Committee of the Communist Party. He was awarded with Orders of Lenin, Labour Red Banner, Sign of Honour, Red Star, For Merit (German Democratic Republic).