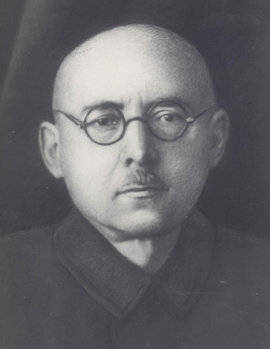 In 1898, he graduated from the Vyatka Spiritual Seminary and entered the Historical and philological Faculty of the Yuriev University; he graduated from it in 1904. In his student’s years, he started his research in the field of folk culture and language (‘Songs of Countryside Youth. Vyatka’, 1903; ‘Folk Sayings and Anecdotes about Russian People of the Vyatka Region’. Vyatka 1904).

In 1916-1925, he was Professor of the Chair of Russian Language and Literature, Head of the A. A. Potebnya Research Chair of Linguistic at the Kharkov University, a founder of the Cabinet of Slavic and Russian Philology. He participated in the foundation of the Ethnographical Department of the Kharkov Historical Museum (founded in 1920 by N. F. Sumtsov as the G. S. Skovoroda Museum of Slobodskaya Ukraine).