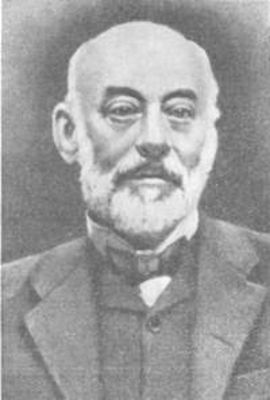 In 1871, he graduated from the Faculty of Oriental Languages of the St. Petersburg University, at the Arabic-Persian-Turkish-Tartar and Sanskrit-Persian Departments. In 1875, she worked at the University as an ass. Librarian; since January 1876, she taught – a course in Avesta, for instance. In 1876-1886, and 1889-1916, she was Ass. Docent of the Chair of Persian Literature. In 1886-1889 – Ass. Docent of the Chair of Sanskrit Literature.

His main publications were in German; he published monuments of Iranian literature, studied grammar of Iranian languages: Zend (Avestan language), Pahlavi, Alan, Shughni, Yaghnobi and others. He consulted the Committee for studying Turkestan in many aspects.

Among disciples of S. were many Russian Iranists, who studied religion and culture of Iranian peoples on the base of written sources and field ethnographical material. He made a catalogue of the library and the manuscript collection of the Asian Museum – one of the biggest deposit of oriental manuscripts in the world.