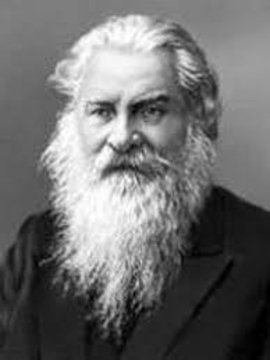 In 1832, he entered to the Moscow Preobrazhenskoe school at the Catherine’s Orphan House. After it, he had no chance to keep his education, because he had to earn money for life. In 1837, he started to serve as a clerk of the second rank at the Armoury, where they held weapons, utensils, clothes, and documents of the sixteenth – seventeenth centuries. That place determined his further destiny. Since 1848, he became Assistant of Archivist; since 1856 – Archivist of the Moscow palace Office. He not only kept, but also studied documents of the palace archive and objects of the Armoury.

In 1842, in an attachment to the newspaper ‘Moskovskie gubernskie vedomosti’ (No 17, pp. 367-370) he published his first article on the ceremonial entries of Moscow tsars for pilgrimage. It attracted attention of readers, and the Trustee of the Moscow Educative District, Chairman of the Imperial Society for Russian History and Antiquities at the Moscow University, Count S. G. Stroganov also was impressed. In 1847, Z. was elected as a candidate-member of the Society, and in 1851 – full member. He participated in the publication of multi-volumed collection of historical materials ‘Antiquities of the Russian State’ (Moscow, 1849-1853. 6 vol.).

In 1840-s, he became free visitors of the classes of the Moscow University. In 1853-1869, he taught at the Constantine’s Land Surveying Institute, and the School of Topographers; he also led classes in Russian history, archeology, and paleography.

Since 1859, he became Titular Councilor and started to work at the Archeological Commission. He participated in the excavations at Scythian mounds and classical cities in the south of Russia. Especially precious were findings by the city of Nikopol’ (the Mound of Chertomlyk) and on the Taman’ Isthmuss. For some time, he has headed the Museum of Antiquities in Kerch.

In 1870-s, he participated in the foundation of the Historical Museum; since 1885, he became Deputy Chairman of the museum. He took an active part in developing the collections of the museum and gifted it his own collection.

He got the Doctor degree in history honoris causa at the Kievan St Vladimir University (1871). In 1873, he became a member of the Commission for the restoration of the Correctors’ and Book Chambers in Kremlin; in 1870-s – 1880-s, he participated in the work of all commissions for the restorations of the key monuments of Old Russian architecture.

In 1876, he retired in the rank of Actual State Council.