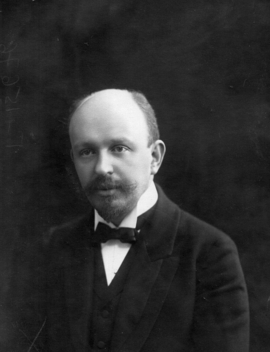 He learnt at the Petrischule in St. Petersburg. At the St. Petersburg University his supervisors were I. М. Grevs and N. I. Kareev. He also studied under the supervision of E. D. Grimm and F. W. Forsten. In 1911, W. defended his Master thesis ‘Essays on the History of Idea of Religious Tolerance and Freedom of Faith in the Eighteenth Century’; and in 1916 – his Doctor thesis ‘Waldensian Movement in the Development of Religious Individualism’. In 1920-s, he was in the management of Petrischule (since October 1917 – Soviet Labour school No 41). In 1930, he was arrested and accused in the frames of the so called ‘Academy Affair’, and in 1937, he was accused in counter-revolutionary activity. He was rehabilitated in 1958, after his death.

He studied ‘the epoch of Humanism and Reformation’, which could be divided into two steps, according his point of view. The first one was up to the mid-sixteenth century; it was characterized with three aspects: flourishing of Humanism and city seniors; international relations and inner situation of European states working for the success of ‘capitalist economy’; social troubles and the Reformation. The second stage took place from the mid-sixteenth century till the end of the Thirty-Years War; there he stressed three main elements: Catholic reaction, growth of Absolutist power and its role in religious wars; religious conflicts and struggle; its connection with the interests of social estates. He put a special attention at the Augsburg Peace as an All-European border in the development of the Reformation. In spite of the fact, that W. was centered at the spiritual development first of all, he did not limit himself with it.