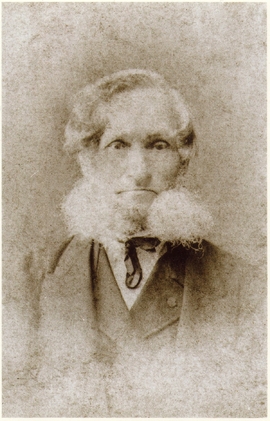 He studied at the University of Dorpat, where he defended his Doctor thesis in Law and Philosophy. Since 1845, he managed the chancellery of General Governor of Riga. There V. made acquaintance with Bishop Filaret (Gumilevsky) who headed the local eparchy. Those times, there were many Latvians who wanted to be conversed to Orthodoxy, and V. helped the bishop with those matters. Since 1849, he lived in St. Petersburg and served at the Ministry of Domestic Affairs; he actively participated in the lawmaking activity; particularly, he was a member of the commission for reforming the university Rule (1875). He also edited media published by the Ministry – the ‘Severnaya pochta’ (Northern Post) Newspaper, for instance.

The most fundamental work by V., made on the base of his studies in the archives of the Ministry of Domestic Affairs, as well as in other archives of the Russian Empire, was the multi-volumed research on the history of that Ministry. The eighth volume was completely centered at the history of Old Believers, Protestants, Skoptsy, Molokane and other Confessions, Sects and religious groups. He was the first one who introduced a great amount of sources on the mentioned religious movements and groups. He not only described facts, but tried to consider the genesis of certain religious phenomena. That work is still interesting for researchers.