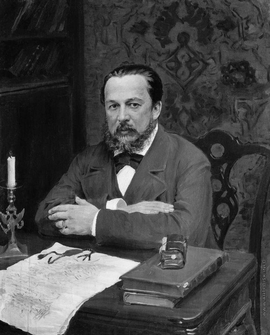 He studied at the St. Petersburg University under the supervision of Prof. of Greek Literature B. F. Grefe. After the graduation (1845), he entered the Ministry of Foreign Affairs and was sent to Germany, where studied in Berlin and Heidelberg.

Since 1847, he worked at the excavations; and since 1854, he got the inheritance of the Counts Uvarovs and became the biggest collector of Old Russian antiquities in Russia. A giant collection of U. was distributed though various museums after 1917; a significant part of the collection is kept in the State Russian Museum.

He was one of founders of the Moscow Archeological Society (1864) and Historical Museum (1872).