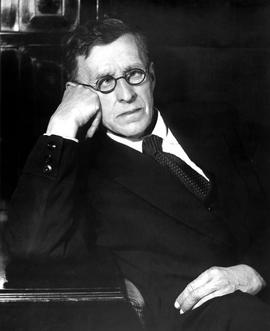 He was born in St. Petersburg; in 1904, he graduated from the Historical and Philological Faculty of the St. Petersburg University and started his work there. In 1928-1931, he was Researcher of the Leningrad Branch of the Communist Academy. In 1931-1938, he was Researcher of the State Academy of the History of Material Culture. Academician of the Ac. of Sc. of the U.S.S.R. (1932). He was awarded with the Order of Labour Red Banner (1945).

He was the first specialist in the history of the Ancient World, who tried to apple the Marxist methodology to studying classical societies. In the early 1920-s, he actively criticized those who argued for a hypothesis of capitalism in the Antiquity; he formulated another hypothesis: about the slavery basis of the ancient economics. In the late 1920-s, he tried to apply Marxism to the historical parts of the Old Testament in an attempt to reconstruct social and economical history of Israel and Judea. In the early 1930-s, he was interested in the history of social psychology; a result was his book ‘Social Psychology and Ideology’ (not published), where he put various types of social psychology in dependence of certain types of economical and cultural development and professional occupation of people. In the late 1950-s, he studied the writing of Mycenae. On the base of it he went to the conclusion about the absence of direct connection between the types of slavery in the Ancient East and in Classical civilizations; i.e. there were two independent slavery economies and social systems.

Studying variants of the Sumerian-Akkadian myth on the origin and destiny of human beings, he mentioned that people had been created as workers – to provide careless existence of gods. In their prayers to gods and in the course of sacrifices people called themselves ‘slaves’ of gods in question. He compared the religion of ancient Mesopotamia and religions of classical poleis, opposing the Mesopotamian idea of the slavery dependency of people from gods to the classical religion, where – on his opinion – ‘a god was not over the society, but existed inside a city community’ and protected it. Such great contrast was used by T. to prove his idea about the absence of direct connection between the Ancient East and Classical Greece and Rome.