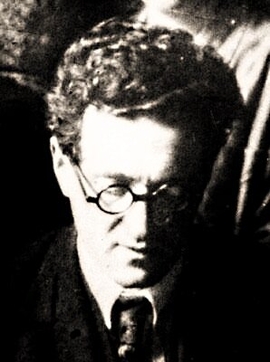 He was born in the family of a hereditary honorary citizen; in 1915, after the private gymnasium of I. R. Rappoport, he enrolled to the Historical and Philological Faculty of the Novorossisky University (Odessa). He graduated from it in 1919 and got a position at the Chair of Roman Literature. Since 1921, he taught classical languages at the Institute of People Education in Odessa, and at the Archeological Institute.

In 1923, he moved to Leningrad and got a free-lance position at the Research Institute of the Comparative History of Literatures and Languages of West and East. He made several reports on various religious topics in the texts by classical authors.

Since 1924, he worked at the Russian Department of the State Public Library, passing the way from Assistant Librarian to Consultant on general issues. In 1932-1934, he was Head of the Voltaire Library (in the system of the Public Library); he also supervised post-graduate students at the same library, and became a member of the Society of Library Studies.

In 1938, he got the degree of Candidate in Philology without defending his thesis. In 1941, during the Blockade of Leningrad, he defended his Doctor thesis, and soon he was evacuated to Saratov with the University. Having returned to Leningrad, he worked again at the Leningrad State University, and at the State Public Library. In 1950-1952 and from 1957 till the end of his life, T. worked at the Institute of Language and Thought of the Ac. of Sc. of the U.S.S.R.

Many studies by T. on various issues of classical religion, and his encyclopedic srticles are still actual for historians of religion.