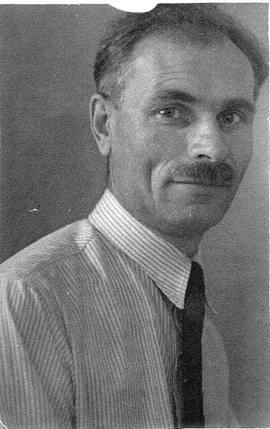 In 1917, he started to work as a school teacher; in 1921, he enrolled at the Faculty of Social Studies of the Moscow University; in 1925, graduated from it.

He taught at the Communist Institute of the Workers of China named after Sun Yat-sen (later – the Communist University of the Workers of the east named after I. V. Stalin; it was subordinate to the Eastern Department of the Comintern). In 1927, T. became Researcher at the Central Museum of Ethnology; in 1932, he got there a position of Head of the Sector of the North. In parallel he worked at the Central Anti-Religious Museum (1929-1937).

In 1935, he got his Candidate degree in history without defense. During the WWII, he was evacuated to Siberia, was Head of the Chair of History at the Abakan Teachers-Training Institute. In 1940, he defended his Doctor thesis ‘The Social Structure at Yakuts in the Seventeenth – Eighteenth Centuries’.

He edited publications of Russian translations of works by G. Frazer, P. Radin, J. Lips, A. P. Elkin, T. Heyerdahl, and others. He was a member of Editorial Board of such series of publications, as ‘Tales and Myths of the Peoples of the East’, ‘Research in Folklore and Mythology of the East’, 20-volumed ‘Countries and Peoples’ (the State Award, 1987), and encyclopedia ‘Myths of the Peoples of the World’.