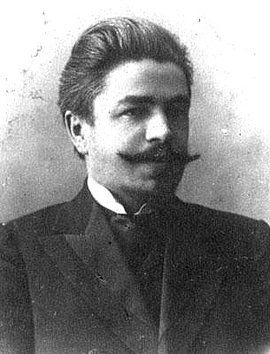 He graduated from the Vyatka Spiritual Seminary in 1899, the St. Petersburg Spiritual Academy in 1904. In 1905, he defended his Master thesis in Theology ‘Government of Empress Anna Ioannovna in Its Relation to the Matters of Orthodox Church’. In 1910, he wrote his Doctor thesis in Ecclesiastic History ‘Ecclesiastic School in Russia in the Nineteenth Century’ for the St. Petersburg Spiritual Academy, but it was rejected because of negative reviews from hierarchs. In that work T. mentioned bad influence of ‘the monopoly of monks at the system of high appointments’ at the ecclesiastic (spiritual) schools in Russia; he stressed that usually those people became monks for their career purposes. He got the Doctor degree only six years later for his thesis ‘Gavriil Petrov, Metropolitan of Novgorod and St. Petersburg (1730‒1801): His Life and Activity, in the Context of Church Matters of His Time’.

In 1905-1908, he taught at the seminary and a gymnasium in Vilno (now Vilnius, Lithuania). Since 1908, he was Docent of the St. Petersburg Spiritual Academy at the Chair of the History of Russian Church; in 1912-1918, he was Ass. Professor there. In 1919, he worked at the Chair of the History of religion at the Petrograd University. In 1920-1922, he was Archivist of the Second Department of the IV Section (former Archive of the Synod) of the Central Archive (Tsentroarkhiv). In 1924-1929, he was Professor of the High Theological Institute. In 1926-1928, he worked at the Public Library (now Russian National Library). Chairman of the ‘Twenty” at the church of Mother of God Icon ‘Joy of All Who Sorrow’ (in 1920 it was given to the Renovation Movement, in 1932 closed).

In 1930, he was arrested for the anti-Soviet propaganda and sentenced to three years of encampment; he got freedom ahead of time in 1932, but he was restricted in his movements inside the country. Since 1937, he lived in Luga (Leningrad Region); his destiny after 1944 is unknown.