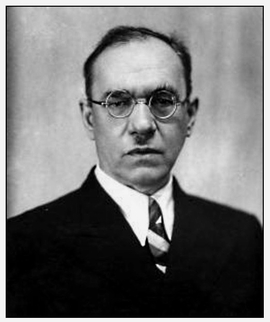 After finishing a commercial school in St. Petersburg with a golden medal, he enrolled at the Historical Department of the Historical and Philological Faculty of the Moscow University. In 1917, he graduated it with the final study ‘Pskov Riot of the Seventeenth Century: From the History of Struggle of Social Classes in Russia’ (publ. in 1919). Since October 1917, he was a trainee in extracurricular education at the Cultural-Enlightening Department of the Cooperative Union of Dmitrov; that he was instructor in local history, Head of the Museum of Local History of the town of Dmitrov (by Moscow). In 1919-1920, he taught paleography in the University of Nickolaev (Saratov). In 1921-1923, he taught at the University of Samara. In 1923-1934, he was teacher in secondary schools and made some courses at various Moscow high schools. Since 1923, he was also free lancer at the Manuscript Department of the State Historical Museum; since 1935, he was taken into an official position there; since 1940 – Head of that department. Candidate in History (1936; ‘Pskov Rebellion of 1650’); Doctor in History (1939; ‘Study on the ‘Russian Code’, publ. in 1941). Dean of the Historical Faculty of the Moscow State University (1945-1947).

He was a leading specialist and founder of a research school in the field of source study for the history of Russia. In the field of religious studies there are some of his important works on medieval Russian culture, Russian-Byzantine relations, as well as his works in source studies, including publication of chronicles and documents of Russian law codes.