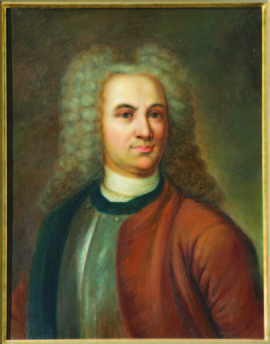 He studied at the Moscow Artillery and Engineering Scool under the supervision of General Ya. W. Bruce, participated in many military campaigns: Narva (1705), Poltava (1709), Prut (1711). In 1713-1714, he was in Germany for further education. In 1717, he visited Danzig on the order of Peter the Great to bring the picture ‘Last Judgment’ which was attributed to St Methodius – and T. proved that the attribution was wrong. In 1718, he participated in the preparation of the Alands Congress of Russia and Sweden. After it he served under Bruce, President of the Berg-Collegium. In 1720, he was sent to the Urals to develop mining. There he had a conflict with A. N. Demidov, who opposed to the foundation of state plants – as a result T. was under the trial, but he was justified.

He founded cities of Ekaterinburg and Perm’, was one of creators of Russian geographical studies.

He collected and studied Old Russian manuscripts and documents. In his ‘History of Russia’, for the first time, he tried to analyze the historical evolution of the country from rationalistic positions. He explained the reasons of events through actions of outstanding persons. He considered that knowledge and enlightenment determined historical ways; he declared that St Andrew Apostle could not Christened Rus’.