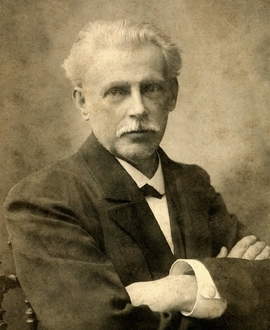 He was born in St. Petersburg; he finished gymnasium in Kharkov and enrolled to the Kharkov University, at the Historical and Philological Faculty; he graduated from it in 1875. In the youth he was interested in folklore and made his first fixations of folk songs. In 1875-1877, he travelled to Germany, where he kept his studies. In 1878, at the Kharkov University, he defended his thesis ‘Prince V. F. Odoevsky’ and got an invitation to stay at the University as Ass. Docent in the history of Russian literature.

He was founder and the first Director of the Kharkov Historical Museum (opened in 1920 as the Museum of the Slobodskaya Ukraine named after G. S. Skovoroda).