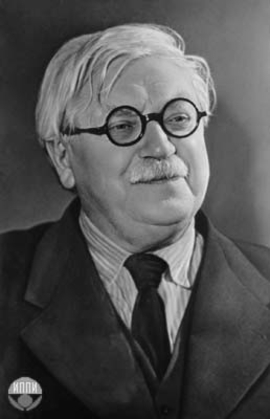 Struve Vasily (1889–1965) – orientalist: specialist in Egyptology and Assyriology, historian of the Ancient World.

In 1907-1912, he studied at the Historical Department of the Historical and Philological Faculty of the St. Petersburg University, under the supervision of B. A. Turaev; there he studied classical languages and Egyptology. In 1912, he stayed at the University to prepare himself for the professor position. In 1913-1914, he was in Berlin, at the Egyptologist A. Erman. In 1915-1920, he was Ass. Docent, since 1920 – Professor of the Petrograd/Leningrad University. In 1918-1933, he was head of the Department of the Ancient East at the Hermitage. Since 1919, he studied Semitic languages (Old Hebrew, Phoenician, Ugarit) at P. C. Kokovtsov. In 1928, he defended his Candidate thesis on Manetho and Egyptian chronology. Since early 1930-s, he studied Akkad language at P. C. Kokovtsov, and Sumer language – by himself. In 1934, he got the Doctor degree without a defense (first of all – for the publication the Moscow Mathematical Papyrus from the V. S. Golenishchev collection). In 1935, he was elected for Academician of the Ac. of Sc. of the U.S.S.S.R. In 1934-1941 – Director of the Institute of Ethnography of the Ac. of Sc. of the U.S.S.S.R. In 1941-1950 – Director of the Institute of Oriental Studies of the Ac. of Sc. of the U.S.S.S.R. Since 1952 – Head of the Chair of the History of Countries of the Ancient East of the Oriental Faculty of the Leningrad State University. Since 1963 – Chief Editor of the magazine ‘Vestnik drevnei istorii’ (Herald of the Ancient History). He was a member of the Committee of the International Association of Egyptology (Copenhagen, since 1947); Honourary Member of the Prague Ac. of Sc., a member of the Institute of Egyptology of the Karlov University in Prague, Correspondent Member of the German Archeological Society, Correspondent Member of the International Society for the Science History. He was awarded with the Orders of Lenin and of Labour Red Banner.

The main research achievements of S. in 1920-s – 1930-s were connected with the history of mathematics and accountant’s works. But he became wide-known with his articles and speeches of 1933-1934, in which he formulated the theory of five social-economical formations, and offered to classify the societies of the Ancient World to the slavery formation. That theory was fixed in the ‘Short Course of the History of the VKP(b)’ (1938) and in the S.’s manual ‘The History of the Ancient East’ (1941). Last decades of his life, S. studies the history of Sumer in the period of Early Dynasties.

In the field of the history of religions of the Ancient East, S. produced several original hypothesis. Particularly, he classified religions of the Ancient East according the criterion of presence/absence the idea of the posthumous reward. It determined the level of social optimism or pessimism of the certain religious worldview. In Egypt, in the situation of stable state, the social optimism prevailed; and it led to the hope on the afterlife and to the absence of the demands on social justice in this life. Just opposite, in transition and crisis periods, the ideas about the afterlife gave way the social movements for the improvement of life of the lowest classes of society. In Babylon the social pessimism was a constant mood and did not stimulate uprisings. Egyptian prophetic literature was interpreted by him in the context of social shocks looking desperate for the population; as a result even monarchs called for temple prophets to know the future of their land. He also made precious notes on the typology of ‘virgin goddess’ in the cultures of the Ancient Near East and Ancient Egypt. In the article on the prophecies at Sumer, S. stressed the data about the divination on the flight of arrows in one Old Sumerian tsar’s inscription. His article on the ritual of transfer the land property in Sumer is of special importance. In his manual on the history of the Ancient East S. gave much place for the topic of religion. But he interpreted religious texts of the Ancient East as prototypes of the holy scriptures of the Christian tradition, or analyzed them in comparison with the information of classical authors. So, he finds the Trinity and even Jesus Christ in the religion of Babylon. Meanwhile, the Babylonian astrolatreia, on his opinion, was shaped only for the support of the ruling classes in their attempts to control the distribution of water to the fields; and the Babylonian religion for him was primitive because people venerated gods in the form of animals (illegal analogy with Egypt). Egyptian monuments published by S. included vast and important data on religion. But his analysis of the texts was not original – he mainly based his conclusions on the opinion of V. S. Golenishchev and A. Erman on the Egyptian funeral cult. He made an input into studying the religion of Ancient Iran, as well. He was the first, who understood the inscription of Xerxes as a call for the liquidation not the foreign (as they had supposed before), but local tribal gods, which was a testimony of a gradual transition to the veneration of Ahura Mazda as the only god. Well-known is the S.’s interpretation of the Ugarit legend on the birth of gods, according to which god El got married two of his daughters, and ‘gods kind and beautiful’ were born in that marriage – and they became progenitors of the tribes – founders of Ugarit. He compared the text from Ugarit with the Biblical tale on righteous Lot and his daughters and presented that precious source for the reconstruction of Biblical Mythology.