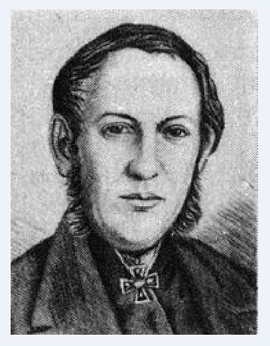 He studied at the Department of Slavic Studies of the Moscow University (1813-1816). In 1816, not finishing the course, he entered to service at the Archive of the Ministry of Foreign Affairs; there he participated in the publication ‘The Collection of State Charters and Agreements’. He visited monasteries of the Moscow Regionin search for ancient manuscripts. He found ‘Izbornik’ of Svytoslab 1973, ‘Semon on Law and Grace’ by Metropolitan Hilarion (11th cent.), compositions by Cyril of Turovsk (12th cent.), Law Code of Great Prince Ivan III (1479) and others.

In 1815, he was editor of the magazine ‘Contemporary Review of Russian Literature’. In 1828-1834, he headed an archeographic expedition of the Ac. of Sc. He composed a program of systematic collecting, describing and publication of written monuments. In the course of examination of monastic libraries and state archives, several thousands of important legal acts were found, as well as manuscript and early printed books of the thirteenths – seventeenth centuries; that massive was of great historical and cultural value. He composed an index for the ‘Complete Cllection of Russian Chronicles’ and the ‘Lists of Hierarchs and Archimandrites of the Monasteries of Russian Church’ (1877).

In his early work ‘The Short Survey of Mythology of Russian Slavs’ (1815), S. lamented that nobody had not described Slavic mythology in ‘the scholarly way’. He criticized his predecessors for the unscrupulous approach to sources, for the input of unreliable and fictional information: ‘Lomonosov wrote on the base of general opinion; Emin took from Lomonosov, Prince Shcherbatov wrote from both of them’. They considered that the quantity of Slavic gods must be equal to that one of Greek and Romans, - mentioned S., - and they did their best to place them with invented ones, using meaning of words to create fictional gods, when they had no data on historical ones. He argued, that there was lack of information on Slavic myths. Something could be found in the testimonies of foreign travelers, but Russian chronicles were usually silent on those matters, monks kept from mentioning the pagan names of gods and pagan rites, so, the only way was – to use folk legends, songs and tales. He stressed the role of ethnography, fixing peasants rites for the reconstruction of ancient beliefs and ceremonies.