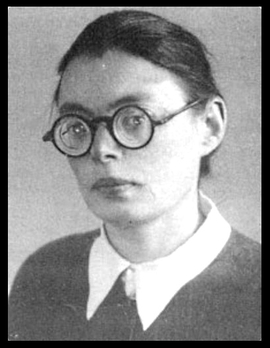 In 1933, after a secondary school, she enrolled to the Faculty of Linguistic of the Leningrad Institute of Philosophy, Linguistic, and Literature, specializing there at the Chair of Semitic Languages and Literatures. After the graduation, she started her work over the Candidate thesis about the Hebrew poet and philosopher Judah Halevi (twelfth century) on the base of manuscripts from the State Public Library. She spent the first winter of the Blockade in Leningrad; since 1942 she was in evacuation in Tashkent. There she described Arabic manuscripts of the collection of the Tashkent Institute of Oriental Studies, and there she defended her Candidate thesis. Till 1950, she taught at the Leningrad State University, but then – at the wave of the official Antisemitism – the Chair of Semitology was closed. She worked at the Library of the Ac. of Sc. of the U.S.S.R., and at the library of the Institute of Archeology.

Two main spheres of her work were studying the manuscripts of Qumran, and of Hebrew monuments of St. Petersburg collections (first of all – the collection of A. Firkovich in the State Public Library).